Burning Man: The Musical is now a feature film!

Burning Man: The Musical had its world premiere on Broadway On Demand and Streaming Musicals on August 27, 2021. Watch the film now . After working with the composer Gene Back for 6 years, we’re excited to announce that our satirical musical comedy has been turned into a feature film. It was shot on a soundstage with 10 actors during April, 2021. Watch the behind-the-scenes on the making of the film on YouTube . To learn more about the background on this project, read my interview with Oakland Magazine .
Read more 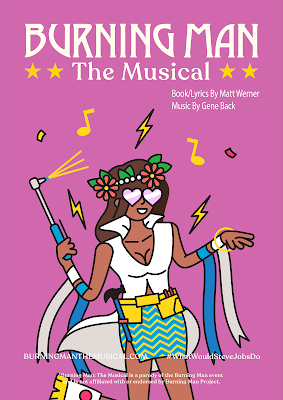 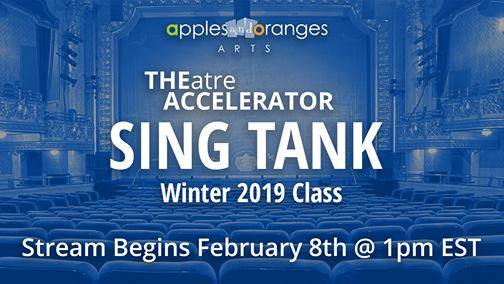 The composer Gene Back and I are going to present Burning Man: The Musical this Friday, February 8th at 1pm EST to Broadway producers as part of "Sing Tank," which is like Shark Tank, but for aspiring Broadway shows. We'll be the last of 7 shows giving 5-minute pitches to producers. Tune in on Facebook Live , and a recording will be posted at http://nycoc.org/accelerator-winter-2019/ .
Read more 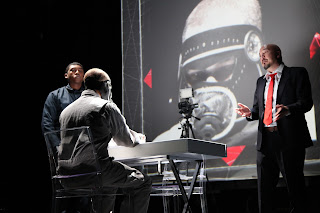 Agnus, a crime drama I co-wrote and co-produced, ran at Theatre Row at 42nd St & 9th Ave in Manhattan in January and February, 2018. My co-writer and co-producer, Ise Lyfe, played the title role of Agnus, an odd-looking man who is accused of a heinous crime. The show is set in a futuristic prison barge 30 years in the future, and it explores issues around the criminal justice system and technology. My pitch is that it's a crime drama like "A Few Good Men," but set in the future. Politically, the show was well-timed for the New York audience, in that Donald Trump had been in office less than a year, and he had already tried to establish a 'Muslim ban' and was detaining migrant children at the southern border for indefinite periods of time. Our show addressed these political hot-button issues such as racial profiling and unlawful detention, and we hosted a series of talkbacks and a residency in the space for nonprofits to use our theater for events on dark n
Read more

Back on September 5, 2016, I teamed up with a dozen highly-skilled actors, singers, dancers, and rappers to put on the #BARS Medley Vol. 2 at The Public Theater in New York City. This was my acting debut and New York City writing debut. The assignment was to take classic works of literature and rewrite them in modern verse, for a modern audience. The course was taught by Rafael Casal over several weeks the summer of 2016, and Daveed Diggs joined us for the final performance. I contributed writing to "Rapper in the Rye" introduced by Javier Muñoz from Hamilton, and also the finale piece titled "The Mediocre Gatsby." I acted in Lord of the Flies, Autobiography of Malcom X, and Great Gatsby. Here are some behind-the-scenes photos: Participants who made BARS Vol 2 possible include: Daveed Diggs, Rafael Casal, Pharoahe Monch, Javier Muñoz, Jasmine Cephas Jones, Anthony Ramos, Sarah Kay, Carven Lissaint, Carlos López Estrada, Jalene Goodwin
Read more

A Burning Mixtape coming out August 22! 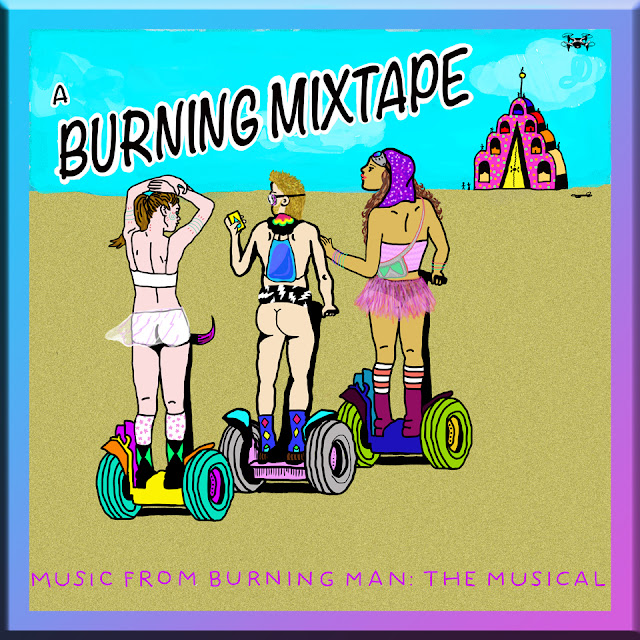 Album artwork by Krusty Wheatfield A collection of 14 songs from the first half of Burning Man: The Musical will be released online on August 22, 2016. These songs feature the vocal talents of Natalie Weiss, Christina Bianco, Travis Kent, Forest VanDyke, Molly Gallagher, and Colin Buckingham. Check out the  50-second trailer for this song cycle!
Read more 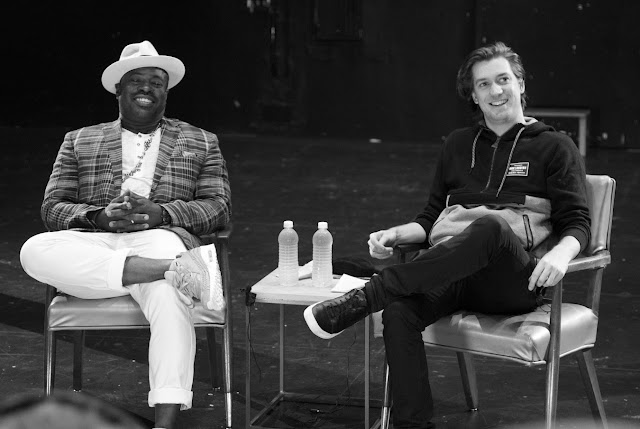 Black Thought and Rafael Casal in conversation at The Public Theater on August 1, 2016 The third week of the #BARS Workshop began with an hour-long interview between Black Thought from The Roots and instructor Rafael Casal. The full interview is on The Public Theater's Facebook page . During the interview, Black Thought shared a number of entertaining stories, including the band's names before they were called The Roots, how The Roots had to compete against Boyz II Men in their high school talent show, and how he first met Questlove. But the story that really stood out seemed like one Charlie Murphy's True Hollywood Stories from Chappelle's Show. Black Thought talked about the time Mos Def left the recording studio to get a fish sandwich: Hear @blackthought explain what happened when he & @MosDefOfficial tried to record DOUBLE TROUBLE #fishsandwich pic.twitter.com/HU7DGZUzV8 — #BARS @ The Public (@barsworkshopNYC) August 3, 2016 What impressed me
Read more
More posts